20 November 2021 - The 77th anniversary of the loss of the USS Mississinewa AO-59 in WWII. May the crew, 63 men lost in that action, and those subsequently having passed through the years, always be remembered.

To all veterans and their families, Happy Veterans Day. Thank you for your service and sacrifices. Here is a brief video of 142 USS Mississinewa AO-59 veterans. (Video last updated 9 Dec 2021) 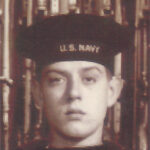 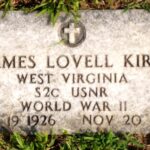 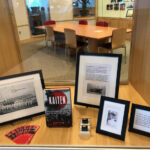 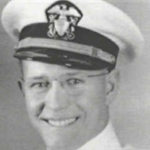 Mike Mair and a host of others visit the Veteran's Breakfast Club video chat in December to discuss his book, Kaiten, and the USS Mississinewa. Visit our blog post to see the actual videos. https://ussmississinewa.com/veteranbrkfstclbchats/ 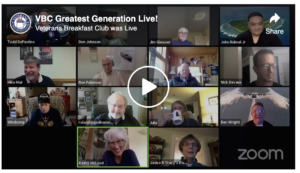 Granddaughter, Mara Roberta Parker Lepore, kindly shared with us a portrait of her late grandfather, Robert Wetterhall, GM3c who served aboard the Mississinewa. It's been added next to his information on the Crew Page. Thank you, Mara. 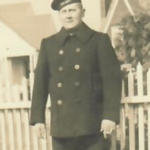 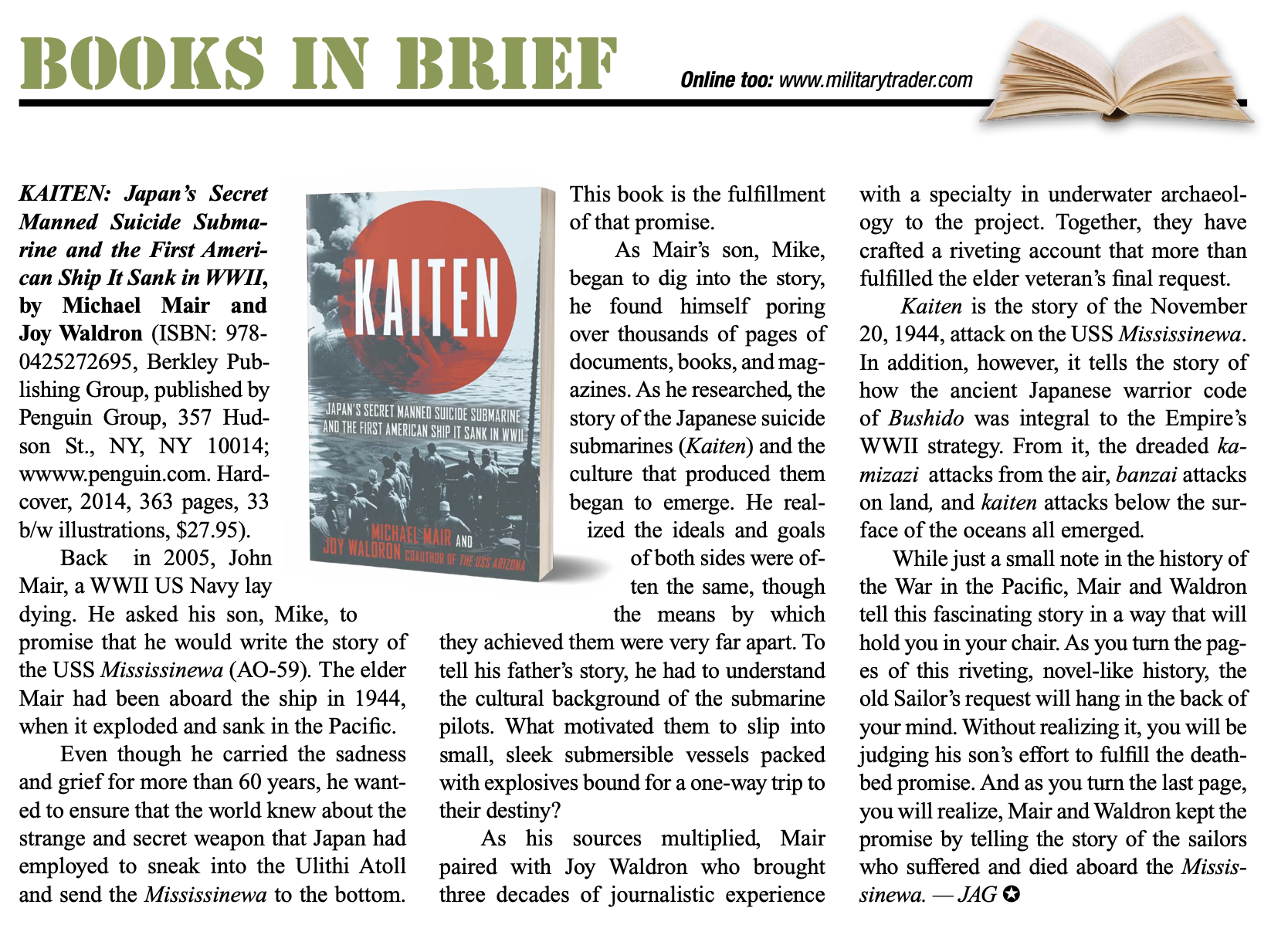 Due to recent losses of supporters who have kept the USS Mississinewa from slipping into the realm of forgotten history, and the recent discovery of photos identifying four sailors who passed away November 20, 1944, we've created a new Newsletter.  See Volume 9, Spring 2019 for details of these recent events/findings. 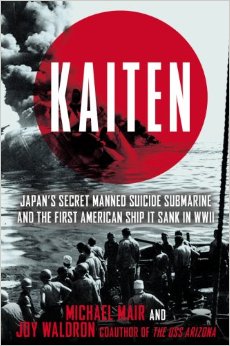 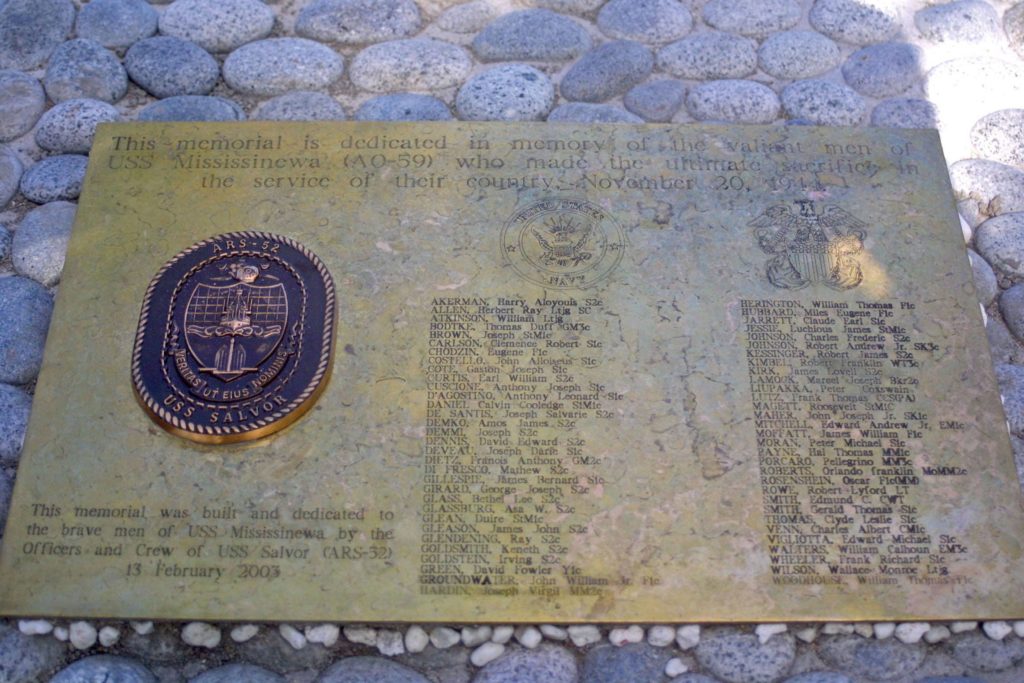 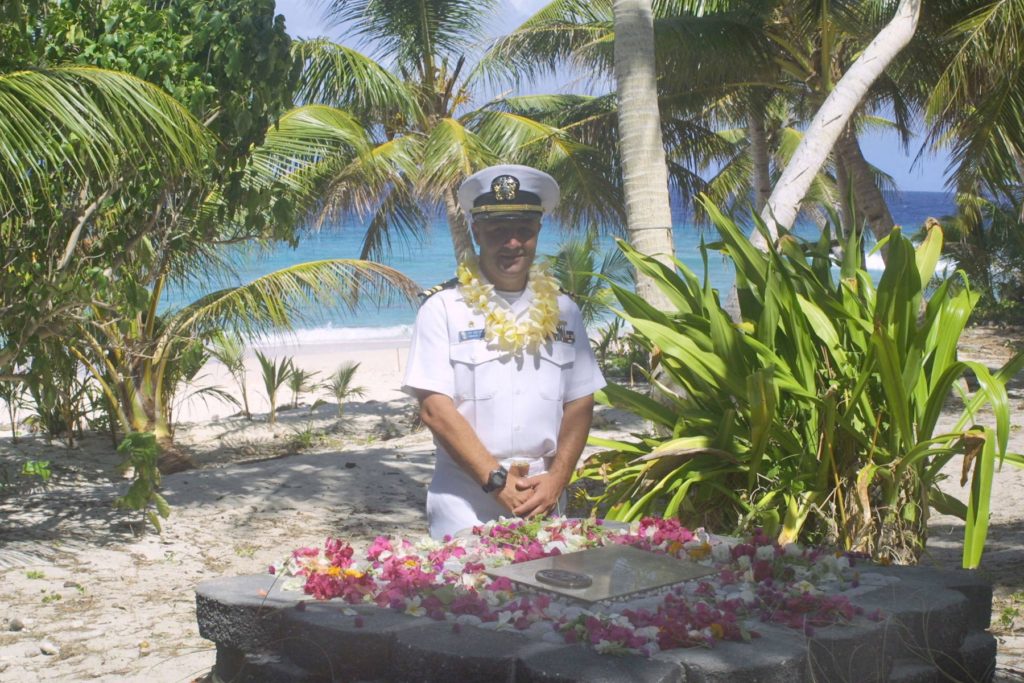 Memorial on Mangejang Island, at Ulithi, for those lost in the sinking of the Mississinewa. Click on photos to enlarge.

Actual 16mm film taken on 20 November 1944 of the Mississinewa as it burned not long after being hit by the Kaiten.  (Remember when you watch this that the entire 553 foot long 'Miss' is completely engulfed within the smoke.) 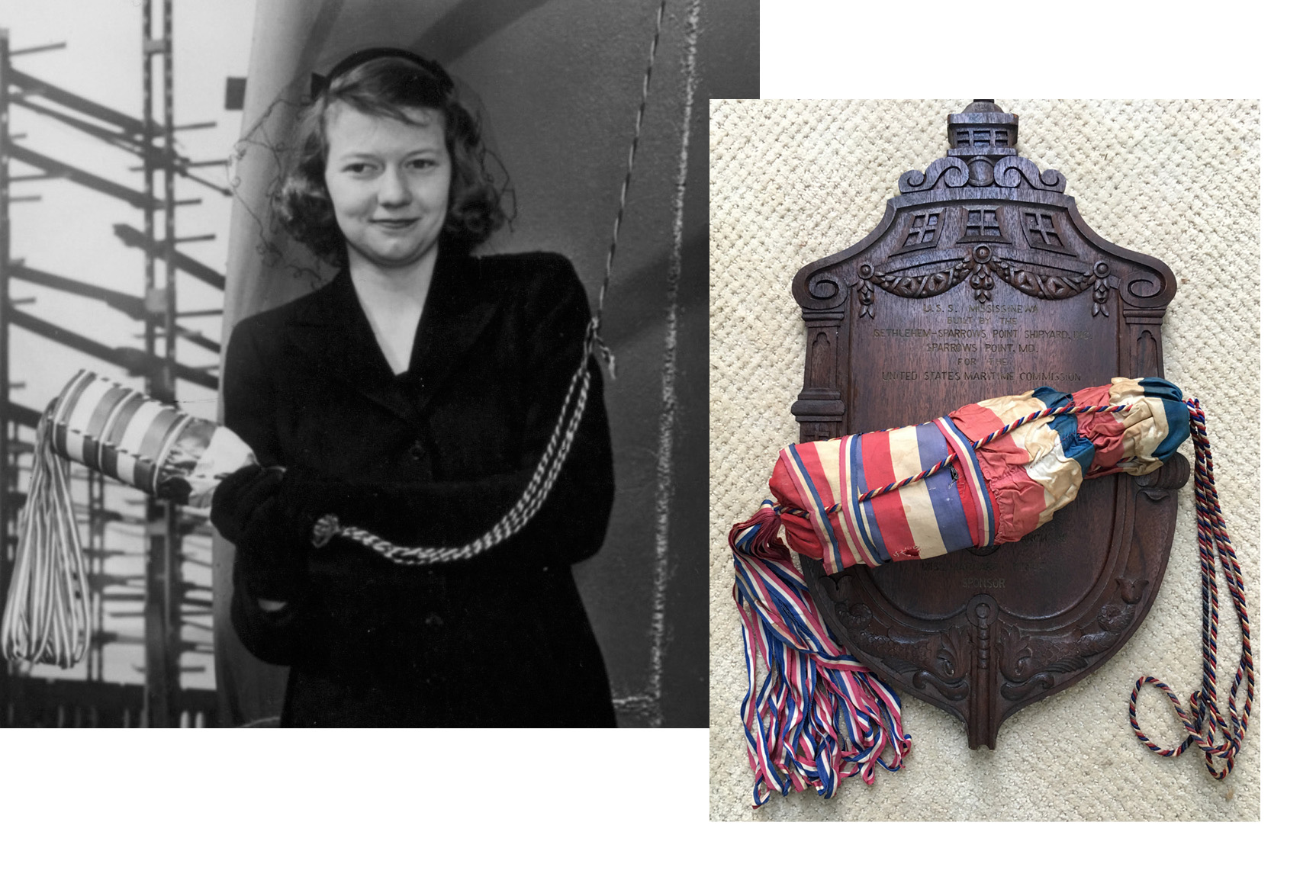 Left: Margaret Pence, now known as “Peggy” Howell, christening the USS Mississinewa on March 28, 1944. Click on Margaret’s photo to see the autographed picture of her christening the ship, and the photos she shared with us given to her by Captain Beck in 1945. 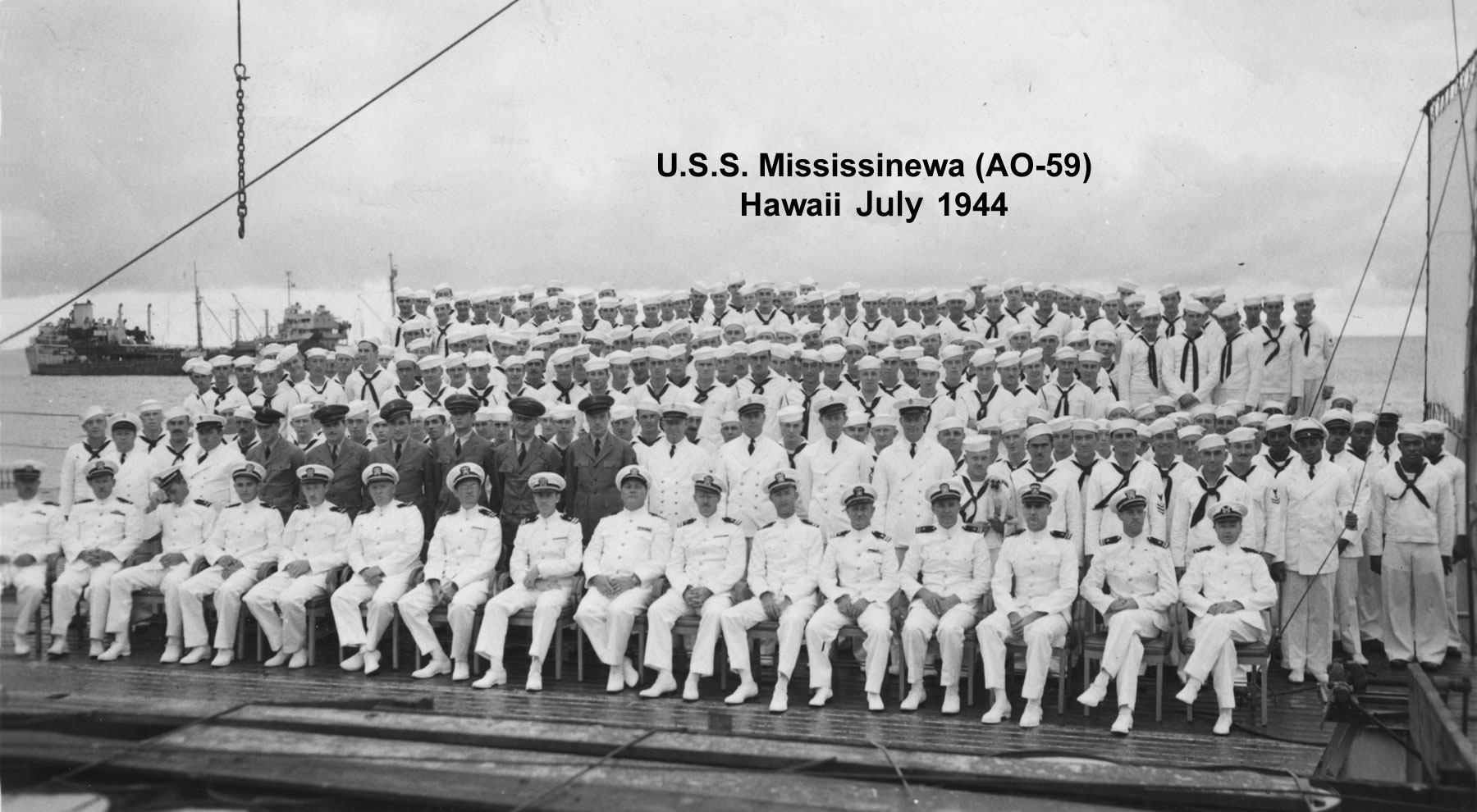 Click on the picture above to view the Navy Sea Systems Command (NAVSEA)'s PowerPoint presentation on the removal of the oil from the sunken USS Mississinewa in 2003. 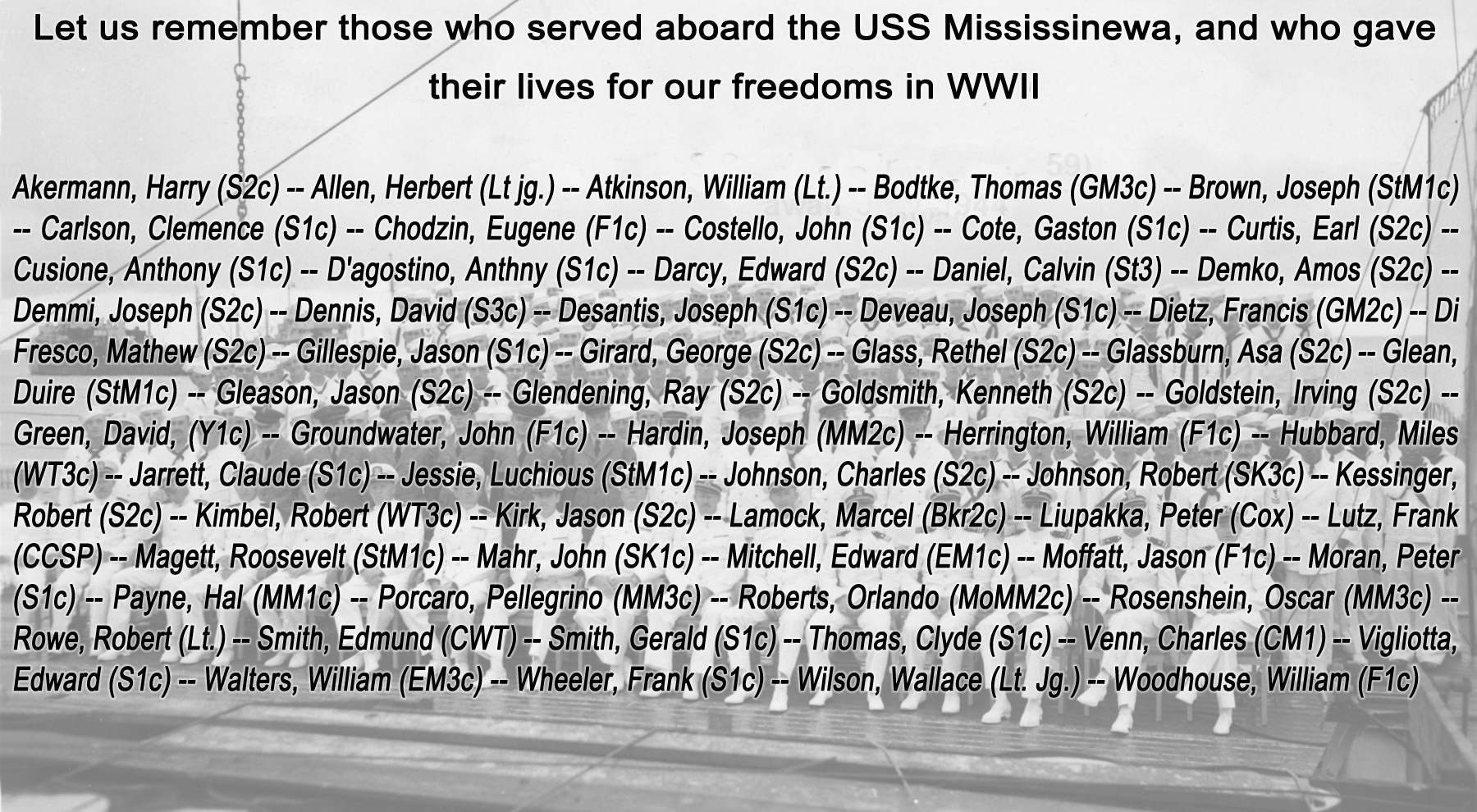 On November 20, 1944, the U.S.S. Mississinewa was struck by a Kaiten (Imperial Japanese Navy -IJN- manned suicide torpedo with a 3,418 lb. warhead, the very first use of this secret suicide submarine by the IJN), became totally engulfed in flames and subsequently sank with a loss of 63 U.S. Sailors and one Japanese Kaiten pilot. Besides the obvious significance of an American war ship being sunk. The sinking was captured in still photographs by Sid Harris, a sailor aboard fleet tug, Munsee.  See our Newsletter, Vol. 2 for some of his pictures. It was also captured by 16mm film, which has been put into a YouTube video (see on this page).

We want to express our utmost gratitude to all those brave veterans who risked their lives to rescue the crew of the Mississinewa, as well as all those who sacrificed their time, safety, and lives to help ensure the freedom that we enjoy today.